The globalist elites are not playing games, they are playing for keeps – if we continue playing the game by their rules, we will lose 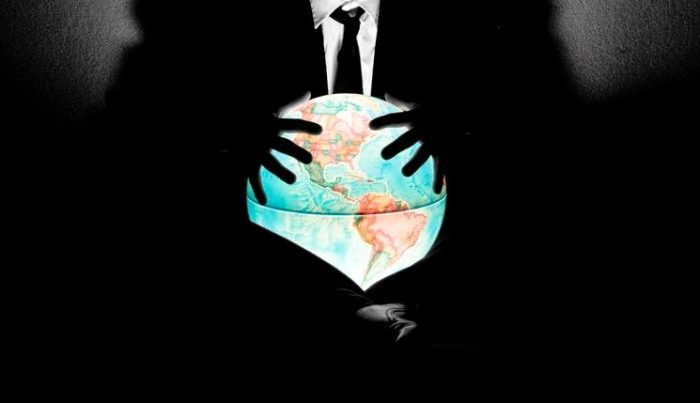 To put it simply, America is nearing a checkmate scenario. Like the final torrid maneuvers of a rigged chess match, we have been pressed, manipulated, and attacked into the last remaining corner of the “grand global chessboard” left to us; centralized control of all social and economic power into the hands of an unworthy elite. If we continue playing the game by their rules, we will lose. There is no doubt.

There have been many solutions presented to us in the past to combat this development, but nearly all of them function within the constraints of Federal politics. Working within the system has earned us no quarter, and frankly, no results. Our only recourse (and, frankly, the best recourse all along) is to STOP relying on the rules of their game, and to walk away from the chess board completely.

Globalization is essentially just another word for centralization, and the key to centralizing any system is to remove all options until the masses are completely and utterly dependent upon a single dominant paradigm. Globalists have deceived many Americans into believing that centralization is a “natural” process – that their game is indeed the only one in town. The widespread acceptance of the fiat monetary system is a perfect example of the average person’s unfortunate lack of economic flexibility. Only recently, in the face of dollar devaluation and complete financial collapse have many finally begun to question the legitimacy of a single brittle and corrupt economic structure. American politics are no different.

The elites have conned us into thinking that the only possible “solution” to where we are is federal elections, which only vote in new puppets for the puppet masters to manipulate in an illusory shell game. We have been tricked into thinking we are free because we come together from time to time to select our rulers.

Quick life hacks: There’s a new way to bring nearly any type of old battery back to life…brand new. This method works with nearly every type of battery out there …and it’s simple and quick.

In case you’re wondering, you’ll be able to bring car, phone, and laptop batteries back to life with this. It even works with solar/off-grid, marine, golf cart, and forklift batteries. Plus, many more!

But of course, this country was not founded as a democracy, but as a Constitutional Republic, and in such a Republic as ours, liberty is not just about “kicking the bums out” every few years only to vote a new set of bums into Congress, as the globalists would have us think. Federal elections are just one small part of it. The Founders intended us to be active, sovereign citizens, in strong communities and strong, sovereign states, and that is about far, far more than merely voting.

But because the globalists – with the aid of complicit domestic counterparts – have been able to capture our education system, our media, our political system, and our legal system, they have succeeded in dumbing us down and duping us into thinking that all other mechanisms for constraining power have been removed from the table. In fact, we have been convinced that all of the other fundamental institutions of our republic– aside from voting – are illegitimate, or even criminal.

The Founders gave us a dual sovereignty republic. That means states are as much sovereign within their sphere as the national government is within its sphere, with a national government of limited, enumerated, and divided powers. As our Tenth Amendment makes clear, “[t]he powers not delegated to the United States by the Constitution, nor prohibited by it to the States, are reserved to the States respectively, or to the people.”

In Federalist 45, James Madison (widely considered the ‘father of the Constitution”) promised the American people that:

The powers delegated by the proposed Constitution to the federal government, are few and defined. Those which are to remain in the State governments are numerous and indefinite. The former will be exercised principally on external objects, as war, peace, negotiation, and foreign commerce; with which last the power of taxation will, for the most part, be connected. The powers reserved to the several States will extend to all the objects which, in the ordinary course of affairs, concern the lives, liberties, and properties of the people, and the internal order, improvement, and prosperity of the State.