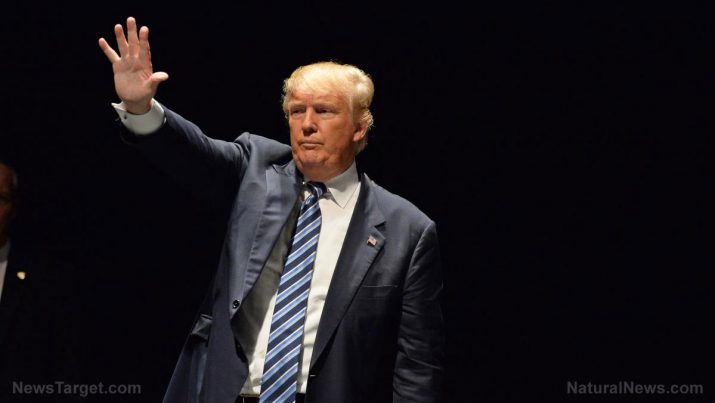 There has been no shortage of political pundits pontificating on the “unprecedented amount of turmoil” in the Trump White House. However, there has been a distinct honesty deficit: If this is the most tumultuous first four months for a president ever, it’s because this president has been under unprecedented assault – from the media, from Democrats and from the Deep State – since before he took office.

And frankly, these Deep State, globalist, establishment types are putting our country at risk with their constant sniping at President Donald J. Trump, actions which are very likely distracting him from focusing on a range of vitally important domestic, foreign and national security issues.

The most recent assault involves attacks against the president over his firing of former FBI Director James B. Comey – who, lest we forget, is not the first high-profile firing by the president. That would be his first national security advisor, retired Army Gen. Michael Flynn, a firing that the Deep State and Democrats hailed as a success. (RELATED: The ‘Deep State’ Is At War With Trump And Will Continue To Undermine Him Throughout His Presidency)

When congressional Democrats woke up last Monday morning they all went to work still angry at Comey over his “interference” in the presidential election. They blamed him for Hillary Clinton’s loss, saying that his detailing of her criminal mishandling of email on her unsecured server, along with an announcement in late October he was reopening the investigation, cost her the election (Tip: It didn’t).

But after Trump fired him the following day, suddenly Democrats became outraged – outraged! – claiming that the president was acting to ‘cover up’ and ‘thwart’ the FBI’s ongoing investigation into Russia-Trump collusion, the real reason why Clinton lost the election.

There is no proof of this because it didn’t happen. Period. It’s mind-numbing hypocrisy and colossal stupidity, but it’s part and parcel of a larger plan to distract and undermine Trump every single day of his presidency.

Add to that the ever-present threat by Democrats and the establishment to impeach Trump or otherwise overthrow him, as Trump.news reported last week:

It is becoming increasingly obvious to millions of Americans that the Democratic Party, aided and guided by the so-called “mainstream” media, is out to destroy the presidency of a legitimately elected candidate – Donald J. Trump – and they are willing to take the entire country down if it means they can regain power.

“These same elements, same forces in our time right now, they’re weeping and wailing over what happened to poor Comey, but the objective here is to bring down and break the President of the United States,” conservative pundit, author and presidential contender Patrick J. Buchanan said in a recent interview with Breitbart News. “They’re not going to let a single issue go without this semi-hysteria, as though we’re in some kind of constitutional crisis because an FBI director who got too big for his britches got fired.”

And of course, the so-called “mainstream media” – filled to the brim with Left-wing ideologues and Democratic political hacks who pretend to be journalists – is guiding much of the distraction, feeding the Trump hate with a daily bombardment of news claiming that with every breath he takes and every action he performs, the end of the world draws nearer.

It’s possible that Trump has finally had enough of the dog-and-pony show. In a commencement speech at Liberty University over the weekend, Trump urged all Americans to have some perseverance, to hang in there with him, and not allow the haters, losers and critics to win.

“Nothing is easier or more pathetic than being a critic,” Trump said. “They’re people who can’t get the job done. The future belongs to the dreamers, not to the critics.

“You aren’t going to let other people tell you what to believe, especially when you know that you’re right,” the president said. “We don’t need a lecture from Washington on how to lead our lives.” (RELATED: Deep State: Obama Loyalists Continue To Thwart Trump Administration From The Shadows)

Meantime, Trump may also be set to winnow his so-called “inner circle,” where most of the leaking has to be coming from. Axios reports that he may be preparing to cut ties with a host of people – from Chief of Staff Reince Priebus and chief strategist Steve Bannon, to counsel Don McGahn and press secretary, Sean Spicer – according to leaks from “White House sources.”

It’s disgusting and it’s unprecedented what Trump is having to endure after being duly elected by the country and winning a wide majority of electoral votes, which is our system. While I believe in the long run he will prevail, I only hope that in the meantime these self-centered, anointed globalist establishment types don’t succeed in distracting him to the point where he is incapable of protecting and defending our country.

They – not Trump – are the real enemy of the American people, even those who agree with what they’re doing.