FEMINISM IS HATE: Melbourne cafe charges 18% “man tax” to punish men for the way they were born 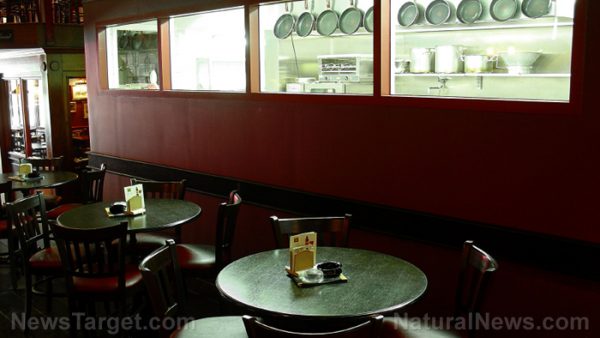 An Australian vegan cafe has opened up a new front in the social justice culture war.

The Melbourne eatery has announced that it will impose a gender pay gap surcharge of 18 percent on anyone who enters the establishment who happens to be born male. In addition, female customers will receive priority seating.

The cafe plans to donate the proceeds from the “man tax” to a domestic violence charity.

The owner, Alex O’Brien, provided this explanation, The Sun of London reported:

I do want people to think about it, because we’ve had this (pay discrepancy) for decades and decades and we’re bringing it to the forefront of people’s minds. I like that it is making men stop and question their privilege a little bit.

She also claimed that the response to her house rules has been positive from males and females alike.

Under Australian law, as well as the laws of virtually every country in the western world, however, gender discrimination is illegal.

While some employers operate arbitrarily and unfairly when it comes to compensation, various researchers have debunked the gender pay gap when factors such as type of job, seniority, experience and hours worked per week are included in the mix.

The Obama administration pushed the equal pay narrative, at least until it was revealed that male White House staffers earned 15 percent more than their female counterparts. Hillary Clinton’s Senate office as well as the Clinton Foundation also had significant pay discrepancies of that nature. This, despite the fact that failed presidential candidate Hillary Clinton positioned herself as a feminist and a foe of income inequality.

If the gender pay gap was a pervasive and systemic as its opponents argue, wouldn’t that incentivize employers to get rid of their male employees and go with an all-female workforce?

According to the Melbourne-based Broadsheet website, the man tax is only in effect one week in each month, and is voluntary.

Question: If a man who identifies as a woman shows up at the vegan cafe, would the man tax still apply?

In this country, Google is currently under federal investigation for alleged gender pay discrimination. Against that backdrop, news broke last night that Google canned a senior software engineer after his controversial internal memo about diversity leaked on social media.

In “Google’s Ideological Echo Chamber,” the engineer among other things accused the company of prioritizing gender and racial diversity in its hiring practices over intellectual diversity. He also implied that Google’s Leftist, politically correct culture has forced conservatives and other diversity dissenters within the company to keep quiet out of concerns for their job security.

Google is rapidly collapsing into a cultural cesspool of oppression, witch hunts and gang-ups that target non-conformists. (Related: Read more about Left-wing censorship at Intolerance.news.)

There is apparently no man tax in effect at Google’s corporate cafeteria … yet.