Why were Charlottesville police called off when radical left-wing protesters were unleashed onto the streets? 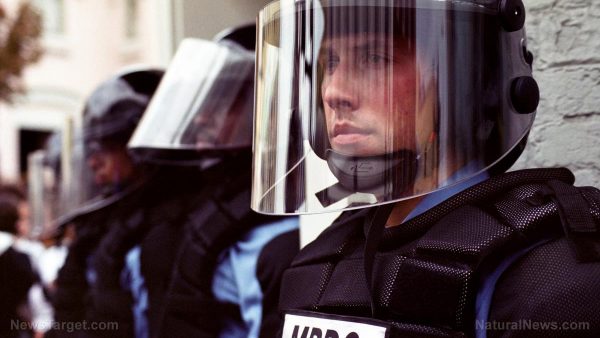 For days now, the news networks have been endlessly talking about the events that occurred recently in Charlottesville, Virginia. Allegedly, the removal of a statue of confederate leader Robert E. Lee sparked outrage among white nationalists in the region, which in turn caused an uprising of Antifa activists. While the media has been focusing almost all of their attention on these two groups over the past few days, one thing that is not being heavily reported on is the police, and how courageous they were in stepping in to try to put an end to the violence and lawlessness.

On Saturday, Fox News reporter Doug McKelway was in Charlottesville, Virginia, when he reported that the police had actually been called off when the protests started to turn violent. “But when the tear gas started to fly, thrown by protesters, the police themselves began to evacuate then. I asked the guy who was in charge, ‘Where you going?’ He said, ‘We’re leaving. It’s too dangerous.’ They had a chance to nip this thing in the bud and they chose not to,” McKelway reported.

Indeed, the police most likely could have put the violence to rest if they hadn’t allegedly been instructed to stand down. However, it would be rather inappropriate to blame the police in this scenario, considering the fact that they were at least willing to confront the rioters when most other people wouldn’t have been. It is important to keep in mind that police officers are not machines. They are real people that live real lives outside of their line of work, and their safety is something that we all should keep in mind, regardless of whether they’re making a simple traffic stop or are confronting rioters in the streets.

“We were spread thin once the groups dispersed,” explained Charlottesville Police Chief Al Thomas. “Gradually the crowd sizes increased along with aggressiveness and hostility of attendees towards one another.” Thomas went on to explain that what made it particularly difficult to put the violence to rest was that many individuals would strike at each other, but then disappear back into the volatile crowd. “Absolutely I have regrets. We lost three lives this weekend … it was a tragic, tragic weekend,” Thomas concluded, referring to the deaths of Lieutenant H. Jay Cullen, Trooper-Pilot Berke M.M. Bates of the Virginia State Police, and Charlottesville resident Heather Heyer.

But police in Charlottesville, Virginia, aren’t the only ones who were forced to suit up and face violent rioters lately. Just days ago, police in Seattle responded to a large crowd of Antifa activists, who showed up at a rally held by the pro-Trump Patriot Prayer Group. Video footage of the event depicts the Left-wing extremists waving Soviet flags, burning American flags, spraying silly string at police officers, and even tossing fireworks through the streets. The signs that they held included messages like “Go back to Europe,” “Kill Nazis” and “Die Nazi scum.” Police were forced to respond to the rioters by dispensing pepper spray into the crowds, and several arrests were made.

Needless to say, America remains heavily divided. Individuals on both the Left and the Right (though primarily on the Left) somehow feel as though rioting in the streets is justified as long as it is done for a good cause, whether that’s social justice, income equality, or resistance to what they perceive to be fascism. Sadly, as our country becomes more and more divided, those that are in charge of enforcing the law will be forced to constantly put their lives on the line to keep the rest of the law-abiding citizens safe. Please keep them in your prayers as we all work to heal a divided nation.