The END of free speech? GAB.ai threatened with having its domain seized because it supports a gay conservative named Milo 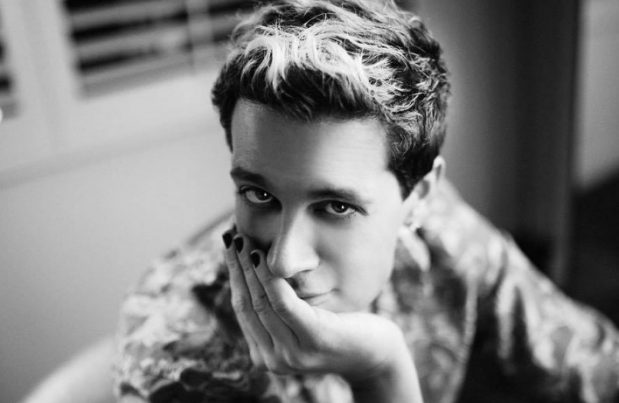 For years, the progressive left has been engaged in an all-out war on the freedom of speech. But the reason why they are constantly looking for ways to silence their fellow Americans goes far beyond simply hating the Constitutional principles our country was founded upon. Truth be told, the progressives have to wage a war on the freedom of speech, because to allow unregulated free speech would be to allow conservatives to openly communicate, share ideas, and ultimately advance their agenda.

To give just one example, Gab, the Twitter rival that is known for their strong support for the freedom of speech, was recently told that they have five days to transfer their domain to a different registrar or else the domain registration will be cancelled altogether. The offense? Hate speech and discriminatory content, AKA just about anything that doesn’t fall in line with the liberal ideology.

Gab was informed of their alleged misconduct in an email from the Australian company Asia Registry, which read in part, “The website at gab.ai violates Australian federal and state anti-discrimination laws, which prohibit public vilification on the basis of race, religion, or ethnic origin. Asia Registry’s Abuse Policy specifically prohibits use of a domain name in a manner that is discriminatory or hateful.”

Gab responded to the email with a post on Twitter, which read, “BREAKING: Gab’s domain registrar has given us 5 days to transfer our domain or they will seize it. The free and open web is in danger.”

Indeed it is. As a matter of fact, the Internet has quickly transformed from a place where right-of-center individuals and organizations could go to advance their message, into a place that is incredibly and openly hostile towards conservatives. And with the mainstream media, Hollywood, and college campuses all run by radical leftists, it’s safe to say that if conservative voices become silenced online, there will be no where else for us to turn.

It is also worth noting that one of the more prominent members of the right who has switched from Twitter to Gab is none other than political activist and commentator Milo Yiannopoulos. In addition, several other members of the “alt-right,” as David. Z Morris of Fortune.com refers to them as, have decided to join Gab as well. Could it be that Gab is now being threatened by Asia Registry for the simple fact that they welcome members of the political right? It is certainly a good possibility.

But Gab’s battle with Asia Registry is only part of a larger war that is taking place between the young social media site and left wing bullies across the Internet. Google, for example, has recently removed Gab from the Google Play app store, prompting Gab to file a lawsuit against the search engine giant.

While Google argues that the app was removed because Gab failed to moderate hateful and discriminatory content, Marc Randazza, Gab’s attorney for the lawsuit, strongly disagrees. The “effect is that they used their monopoly power in the app store to block an upstart competitor in the social media app market,” Randazza said in a statement. (Related: Silicon Valley is tightening its grip on free speech.)

Quite frankly, every single liberty-loving free speech advocate in the country should be asking two very simple questions – who exactly sets these guidelines for what constitutes “hate speech,” and how exactly is “hate speech” defined? Are right-leaning networks like Gab dealing with a completely bipartisan team of policy enforcers that define “hate speech” as speech that is truly racist or hateful in nature? Or are they dealing with a team of left wing hacks who define “hate speech” as anything that comes out of a conservative’s mouth? (Related: The time has come to officially put an end to the war on free speech.)

With each passing day, it looks more and more as though the answer is, sadly, the latter.